“The Christmas wishes” was organized meticulously under the form of an art exchange show, adding some documentaries and special images. The Christmas Wishes was taken places in the Army Theater with the attendance of stars such as singers My Linh, Tra My, Quang Ha, Phan Anh; Dance Group Cat Trang, Oscar, and the comedy group of the Youth Theater. 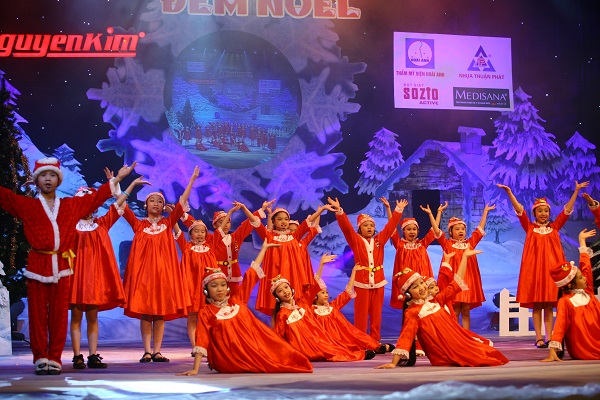 In the Show, the sponsor’s representatives gave presents for children in Hanoi SOS village bringing them the happiness in the Christmas day. The Christmas wishes will bring the viewer merry moments and good memories in the warm and peaceful Christmas season.

The Christmas Wishes will be broadcasted alive in the Chanel 1 of Hanoi Radio Television and in Chanel 9. Vietnam Television